How does Agbar deal with democracy?

Every time democratic decisions are taken, they put at risk Agbar’s benefits, so the company answers via legal actions. We have paradigmatic examples like the cases of Valladolid, Terrassa or Collbató involving three private companies that belong to the Agbar group. They filed different judicial appeals against the decision of the municipal plenary to recover water management.

In all three cases (Valladolid, Terrassa and Collbató), the court ruled that the way a municipality manages a public service cannot be imposed by a private company.

Who do we face in Barcelona and the metropolitan area?

In October 2017, the citizens of Barcelona opened the debate on water management. By means of the collection of nearly 27,000 signatures, a citizen enquiry was urgently needed.

Agbar responded with a great advertising campaign, being even accused by some media of manipulation and instrumentalisation of the neighbours of the city. 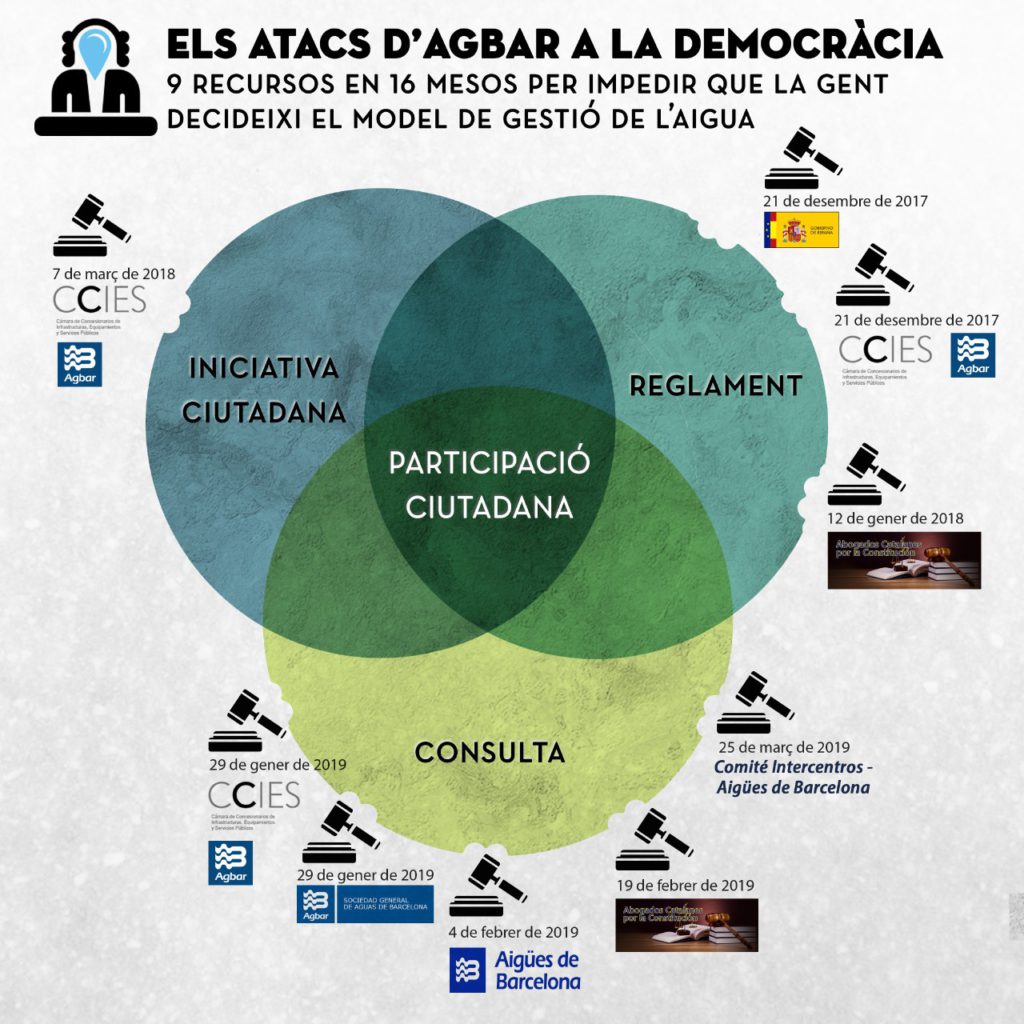 The company also prepared and executed a judicial offense against the query, bringing nine appeals against the right of the citizens to have their say and against citizen participation.

In addition, during the collection of signatures and the subsequent months, we suffered infiltrations and spying attacks of the private sector in its meetings and assemblies.


Error: Access Token for aiguabcn is not valid or has expired. Feed will not update.

Make sure this account has posts available on instagram.com.